SAN ANTONIO, TX – The Hispanic Association of Colleges and Universities has issued a statement following the assault that took place on January 6, 2021, at the U.S. Capitol. HACU extends our condolences to the families and friends of those who lost their lives in the despicable attack on the Capitol, particularly those of the police officer killed while defending the premises, in one of the darkest days in American history. We also extend our sympathies to those who were injured defending the Capitol and those whose lives were endangered in the joint session of the U.S. Congress.

“As a national community of institutions dedicated to the education and civic formation of emerging generations of leaders and citizens, HACU wholeheartedly condemns the events of January 6 and the reprehensible actions grounded in false claims that fueled the flames of racism and xenophobia that engulfed the nation’s Capital and that threaten to spread across the country,” said HACU President and CEO Antonio R. Flores.

The closing sentence of President Lincoln’s famous Gettysburg Address rings true again as it did then: “That we here highly resolve that these dead shall not have died in vain—that this nation, under God, shall have a new birth of freedom—and that government of the people, by the people, for the people, shall not perish from the earth.”

Former Harvard President and U.S. Senator, Edward Everett said it well as a guest speaker that preceded Lincoln’s Gettysburg Address: “Education is a better safeguard of liberty than a standing army.”

“I am confident that the true spirit of our nation will continue to prevail over the insurrection that occurred this week. The violent raid against the U.S. Congress while attempting to discharge one of its most sacred duties last January 6 was a rebellion against our Constitutional order,” said Flores.

HACU embraces Lincoln and Everett’s visionary words that should continue to guide our collective efforts to develop a more perfect Union. We remain as committed as ever to championing educational opportunity for all.

About HACU
The Hispanic Association of Colleges and Universities, founded in 1986, represents more than 500 colleges and universities in the United States, Latin America, Spain, and school districts throughout the U.S. The Association’s headquarters are in San Antonio, Texas, with regional offices in Sacramento, California and Washington, D.C. HACU is the only national association representing existing and emerging Hispanic-Serving Institutions (HSIs). Additional information is available at www.hacu.net. 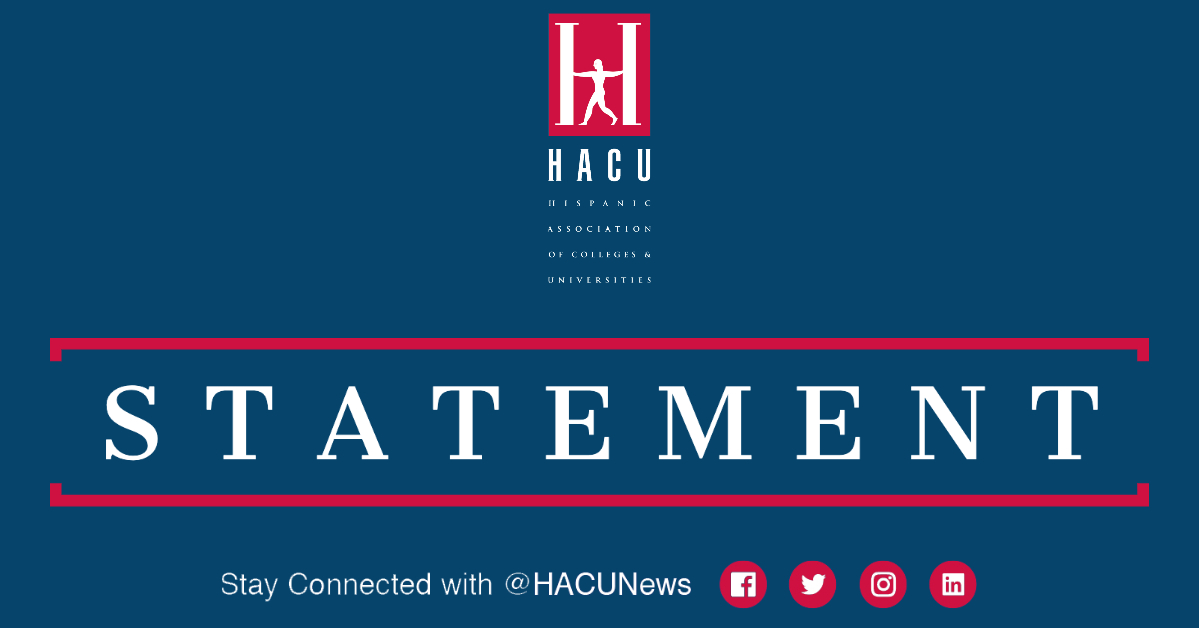