The Hispanic Association of Colleges and Universities brought together supporters and former interns for a special reception on Sept. 14, 2022, in Washington, D.C. The Hispanic-Serving Institution Week event celebrated the 30-year anniversary of the HSI designation and inception of the HACU National Internship Program.

In 1992, HACU led the effort to convince Congress to formally recognize campuses with high Hispanic enrollment as federally designated HSIs and to begin targeting federal appropriations to those campuses. Soon after, HACU and its allies were instrumental in convincing Congress to appropriate money specifically for HSIs. For the first time ever, HSIs were granted $12 million in 1995 from federal resources. Since then, funding has increased significantly because of HACU’s persistent advocacy. 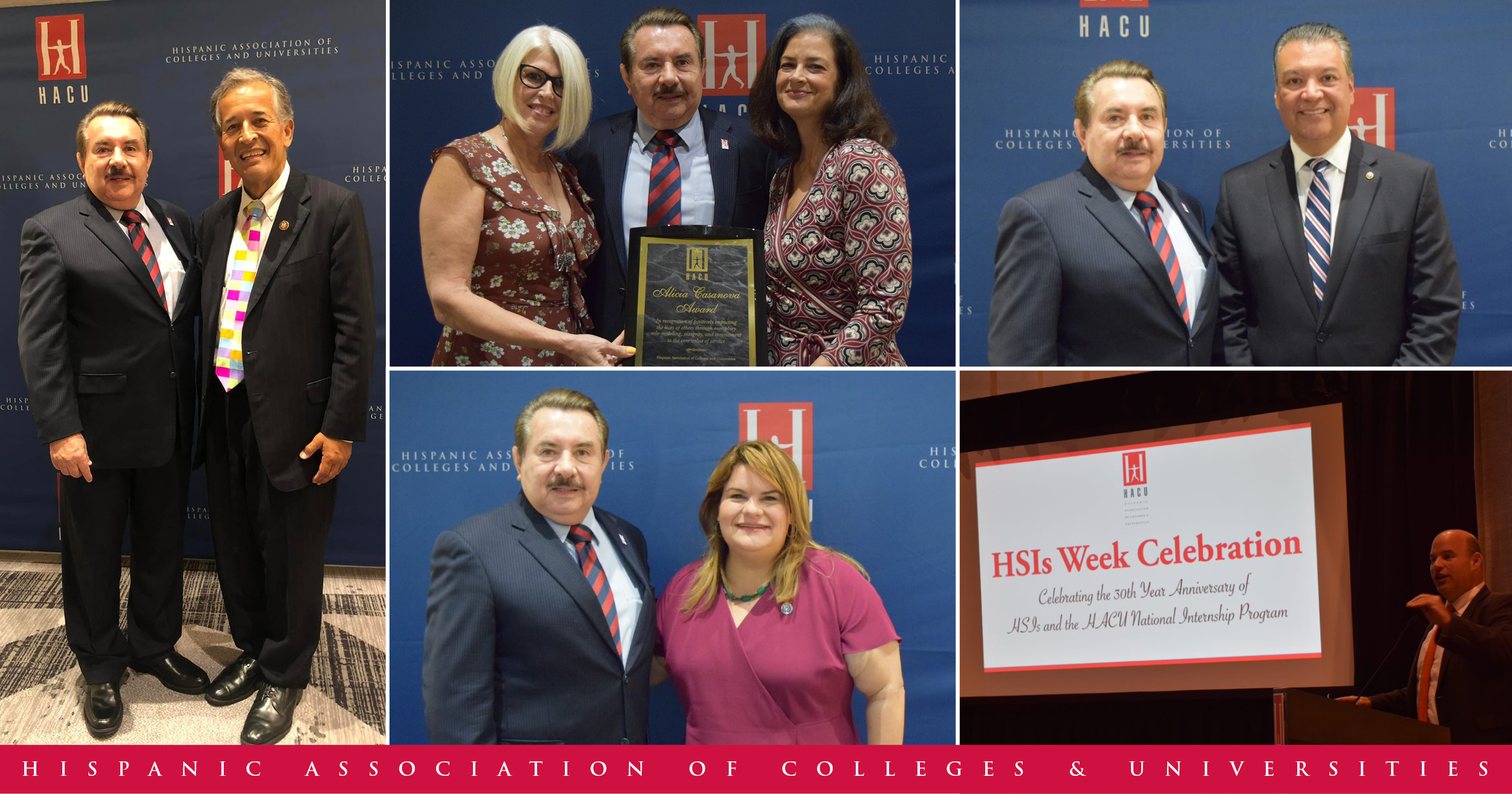 The celebration also included the inaugural presentation of the “Alicia Casanova Award” to commemorate Casanova’s legacy of extraordinary support for the HACU National Internship Program. While serving as political and senior executive at the Department of Transportation Casanova was instrumental in making the case for Hispanic students to receive internship opportunities in the federal government. The award will recognize future alumni of the program who distinguish themselves professionally by positively impacting the lives of others through exemplary role-modeling, integrity, and commitment to the core value of service. Alicia and Barbara Casanova were in attendance to accept the award.

Founded in 1992, HNIP has provided real world job training for students while enhancing their professional skills and allowing them the opportunity to interact with a motivated and talented peer group. The internship program which began with 24 interns was one of the first student programs created by the Association after its founding in 1986. To date, HNIP has placed college students in more than 14,000 paid internships.