The Hispanic Association of Colleges and Universities has released additional data and tools on Hispanic-Serving Institutions (HSIs), based on its 2019-20 IPEDs data analysis released in April. An interactive HSIs IPEDS data dashboard launched on HACU’s Advocacy Center provides a comprehensive overview of the 569 HSIs located across the nation. A downloadable HSIs Quick Facts is also available. 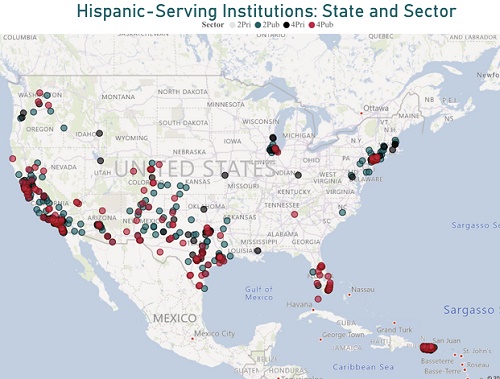 HSIs are defined by Title V of the Higher Education Act (HEA) as not-for-profit institutions of higher education with a full-time equivalent (FTE) undergraduate student enrollment that is at least 25% Hispanic.

Emerging HSIs, not defined by federal law, are not-for-profit institutions of higher education that are between 15-24.9% FTE undergraduate Hispanic student enrollment.

HACU encourages its members and advocates for HSIs to utilize the dashboard and lists by congressional districts in advocacy efforts. Collective advocacy efforts are needed to increase federal investments in HSI to support the growing numbers of their students.