The Hispanic Association for Colleges and Universities hosted a welcome reception and open house for Our Lady of the Lake University President Abel Chávez, Ph.D., and local higher education leaders from the San Antonio area on August 17, 2022.

The staff from HACU’s national headquarters in San Antonio, Texas, and Washington, D.C. office, as well as OLLU leaders and higher education supporters, were among those in attendance for the celebratory occasion last week.

“Dr. Abel Chávez made history exactly a month ago on July 17 when he became the 10th president of Our Lady of the Lake University as the first Latino to lead the university since it opened in 1896,” said HACU President and CEO Antonio R. Flores. “This remarkable milestone holds special meaning for the Hispanic Association of Colleges and Universities, given that it was on the campus of Our Lady of the Lake where HACU was born in 1986.”

“HACU was founded by 18 pioneering institutions that in turn advocated and succeeded 30 years ago in passing the amendments to the Higher Education Act to create the Hispanic-Serving Institutions legislation and first federal appropriation two years later,” added Flores.

For Chávez, sharing the celebratory occasion with HACU was a full circle moment as someone who had attended HACU conferences in his early years. “As a learner, as a student myself - to then later my wife and I having funded students to attend HACU conferences throughout the U.S. A lot of mentees are also products of the same organization,” said Chávez.

Chávez challenged everyone in attendance to create those full circle moments for the college students and communities that they serve. 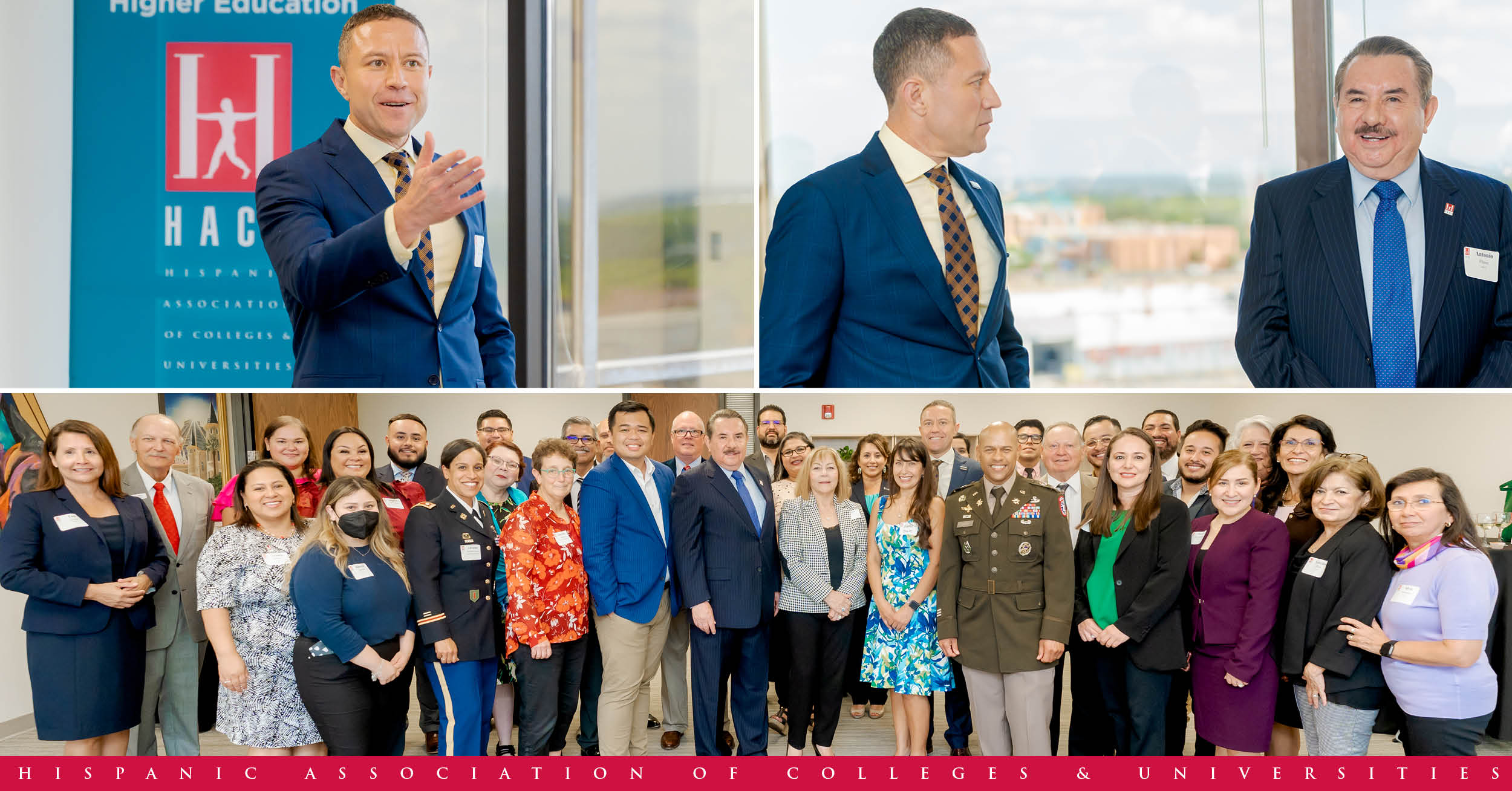