The Senate Resolution acknowledges the achievements of the 559 HSIs throughout our nation by designating Sept. 12-18, 2022, as National Hispanic-Serving Institutions Week.

The Resolution also recognizes how HSIs play an important role in educating many underserved students and help those students attain their full potential by creating opportunities and increasing access to higher education. The resolution also states that HSIs are actively involved in empowering and improving the communities in which the institutions are located and that celebrating the vast contributions of HSIs to the United States strengthens the culture of the United States. To download a copy of the Resolution, click here.

“HACU joins the 559 Hispanic-Serving Institutions in the observance of HSI Week to celebrate the many accomplishments in Hispanic higher education,” said HACU President and CEO Antonio R. Flores. “We are pleased that the U.S. Senate has presented this bipartisan resolution in recognition of the important role HSIs play in improving access to education and grateful to the offices of Senators Menendez, Padilla, and Cornyn for, once again, leading this effort in the Senate.”

Defined as degree-granting institutions where total Hispanic full-time equivalent (FTE) enrollment constitutes no less than 25% of the total FTE enrollment, HSIs play a critical role in educating Hispanic students and improving the communities in which they are located. HSIs are located in 29 states, the District of Columbia and Puerto Rico.

Emerging HSIs are defined as institutions that do not yet meet the threshold of 25% Hispanic FTE enrollment but serve a Hispanic population of between 15-24% and include 393 institutions in 41 states. 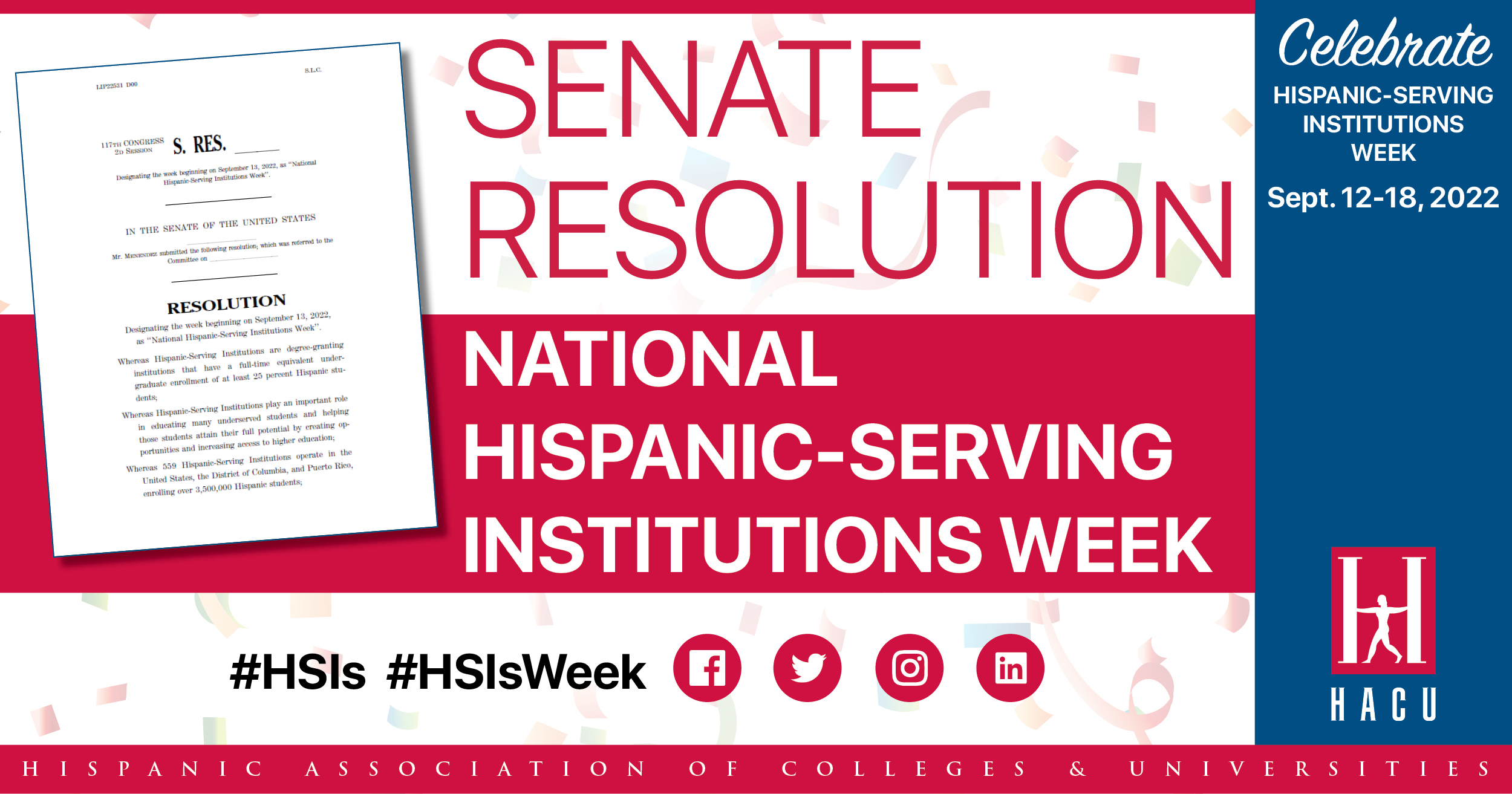