The Hispanic Association of Colleges and Universities presented several awards during a Power Lunch held at its 36th Annual Conference “Championing Hispanic Higher Education Success: Rebuilding a More Resilient and Inclusive America,” on Oct. 9, 2022. Mike Flores,   chancellor of Alamo College District served as the convener for the Power Lunch where three honorees were recognized. Throughout the three-day conference, a total of nine honorees were among those recognized for their contributions to improving opportunities for college students. Download a PDF of HACU 2022 Awardees here. 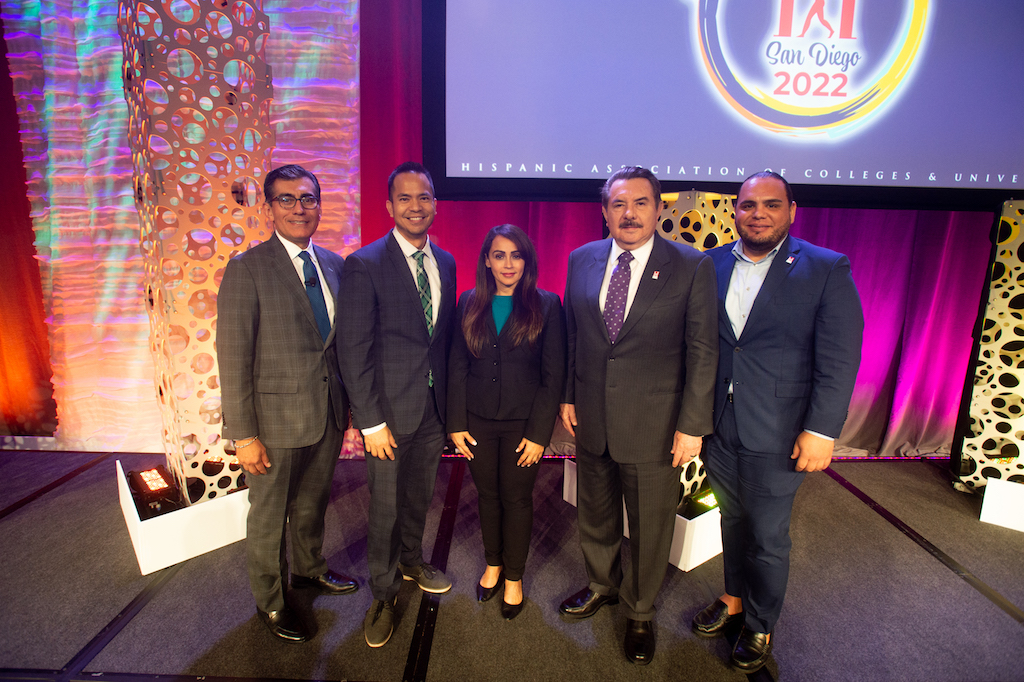 The following awards were presented during the Power Lunch:

The Exemplary Policy/Advocacy Leadership Award was presented to Senator Alex Padilla, (CA), in recognition of exemplary leadership and support of HACU’s policy issues. Padilla is the first Latino to represent California in the U.S. Senate. He is the inaugural co-chair of the Senate HSI Caucus and was instrumental in co-sponsoring the HERE Act. Since being sworn into office, Senator Padilla has established himself as a champion of education, voting rights, climate action, and ensuring everyone has a fair shot at the American dream.

The Outstanding HACU-Member Institution was awarded to Utah Valley University, in recognition of excellence in support of HACU’s mission. UVU played an important role in the HACU Dominion Energy collaboration, which supports Summer Bridge programs at seven campuses across the U.S. and Puerto Rico. Their Latino Scientist of Tomorrow summer bridge has helped high school students to go beyond summer school and into college classrooms. The HACU collaboration was formed in part due to the success of this UVU initiative. Their faculty/staff have also shown a commitment to promoting student participation in HACU’s student programs. UVU sponsored Yudi Lewis, a fellow in the third cohort of the HACU Leadership Academy/La Acadmia de Liderzgo, who played significant role with these initiatives.

The Extraordinary Philanthropic Partner Award was presented to Capital One, in recognition of excellence in support of HACU’s mission from a philanthropic partner. Capital One has partnered with HACU through a Transformative Capacity Building grant that is assisting career services departments at University of Puerto Rico, Mayagüez and Florida International University to provide much needed services to their students. Capital One awarded four fellowships for staff at FIU and UPRM to participate in HACU’s Leadership Academy/La Academia de Liderazgo. 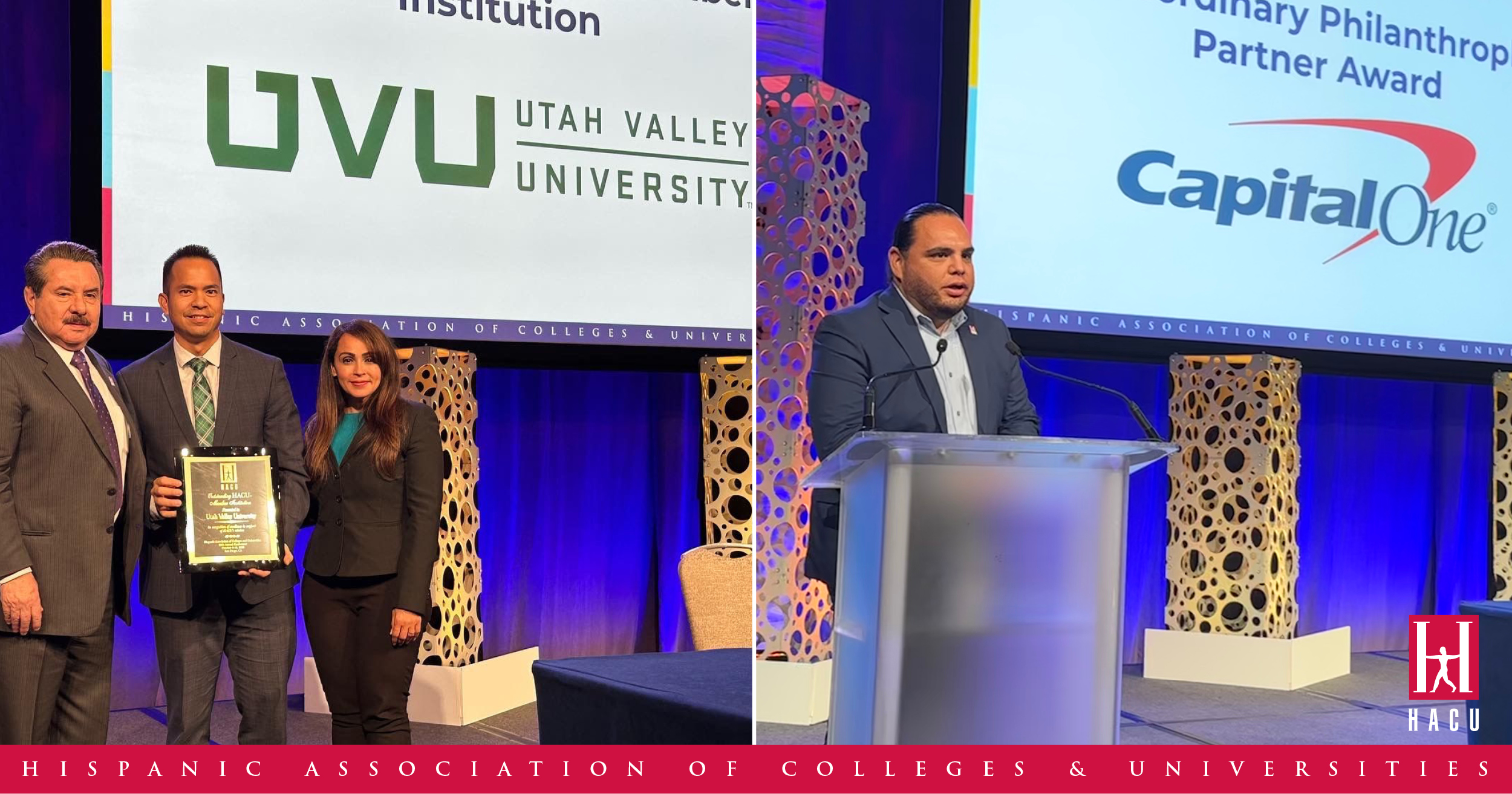