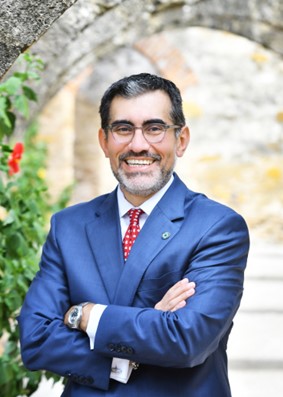 “We are very pleased to welcome Mike Flores as chair of HACU’s Governing Board. We have had the privilege of working with Mike as board member and his unwavering commitment to HACU makes him the ideal person to lead our Association’s governance,” said HACU President and CEO Antonio R. Flores.

Four other Governing Board members were confirmed as officers and five new members were appointed to its Board. The confirmations took place on October 9, 2022, at HACU’s 36th Annual Conference. Board members serve two-year terms with the opportunity to be re-elected for a second term.

Other HACU Governing Board officers are as follows:

“HACU welcomes five new members to our board who are all champions of Hispanic education. We look forward to working with them,” added Flores.

Newly elected board members include: 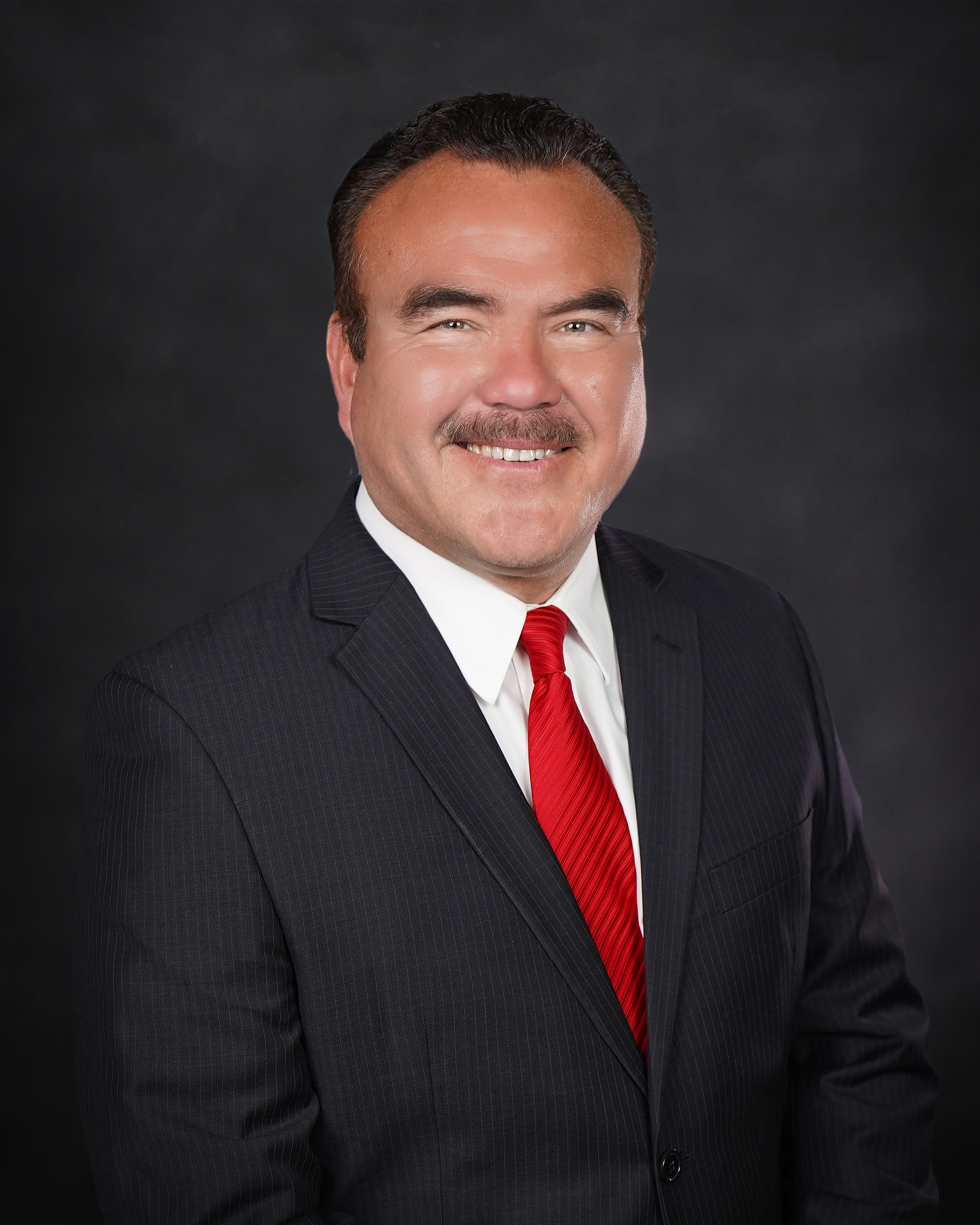 Ted Alejandre is San Bernadino County’s 34th superintendent of schools. As county superintendent, Alejandre works collaboratively with educators, families, other agencies and stakeholders to provide advocacy, leadership and services for public schools in San Bernardino County. He has more than three decades of experience in public education. Alejandre has served in several positions at the school site and district levels including assistant superintendent of business services in the Yucaipa-Calimesa Joint Unified School District. He is a retired U.S. Air Force Lieutenant Colonel serving since 1984. He received his bachelor’s and master’s degree from California State University, San Bernardino.

Irma Becerra, Ph.D., is the seventh president of Marymount University. Prior to this, she served as provost and chief academic officer at St. Thomas University and spent three decades at Florida International University in a variety of positions that include vice president, vice provost, entrepreneurship center director and tenured professor in management information systems. She earned both bachelor’s and master’s degrees from the University of Miami and went on to become the first woman to earn a doctorate in electrical engineering from FIU.

Reyes González, Ed.D., is the president of St. Augustine College. He has more than two decades of higher education experience, fostering opportunities for first-generation students in the Chicago area and at other Midwestern universities. Prior to this, he held several leadership positions at the City Colleges of Chicago over a 15-year period, including associate vice chancellor for administrative services, and interim vice chancellor for administrative services. He earned a bachelor’s degree from the Illinois Institute of Technology, two master’s degrees from DePaul University and a doctorate from the University of Pennsylvania.

Gary May, Ph.D., is the seventh chancellor of the University of California, Davis. He came to UC Davis in 2017 after a three-decade career at the Georgia Institute of Technology. Prior to his appointment as dean, May was the Steve W. Chaddick Chair of Georgia Tech’s School of Electrical and Computer Engineering. He has authored more than 200 technical publications, contributed to 15 books and holds a patent related to this work. He earned his bachelor’s degree from the Georgia Institute of Technology and both his master’s degree and doctorate from the University of California at Berkeley. 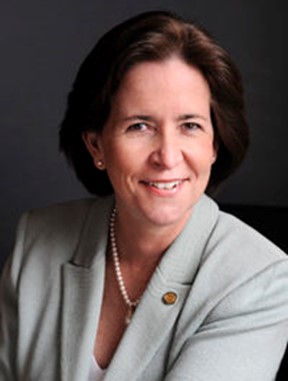 HACU extends its sincere thanks to members completing their terms and their contributions during their service to the board: Sue Henderson, former president of New Jersey City University; Michael D. Amiridis, president of University of South Carolina; Olga Hugelmeyer, superintendent of schools of Elizabeth Public Schools; and Andrew Sund president of Heritage University. 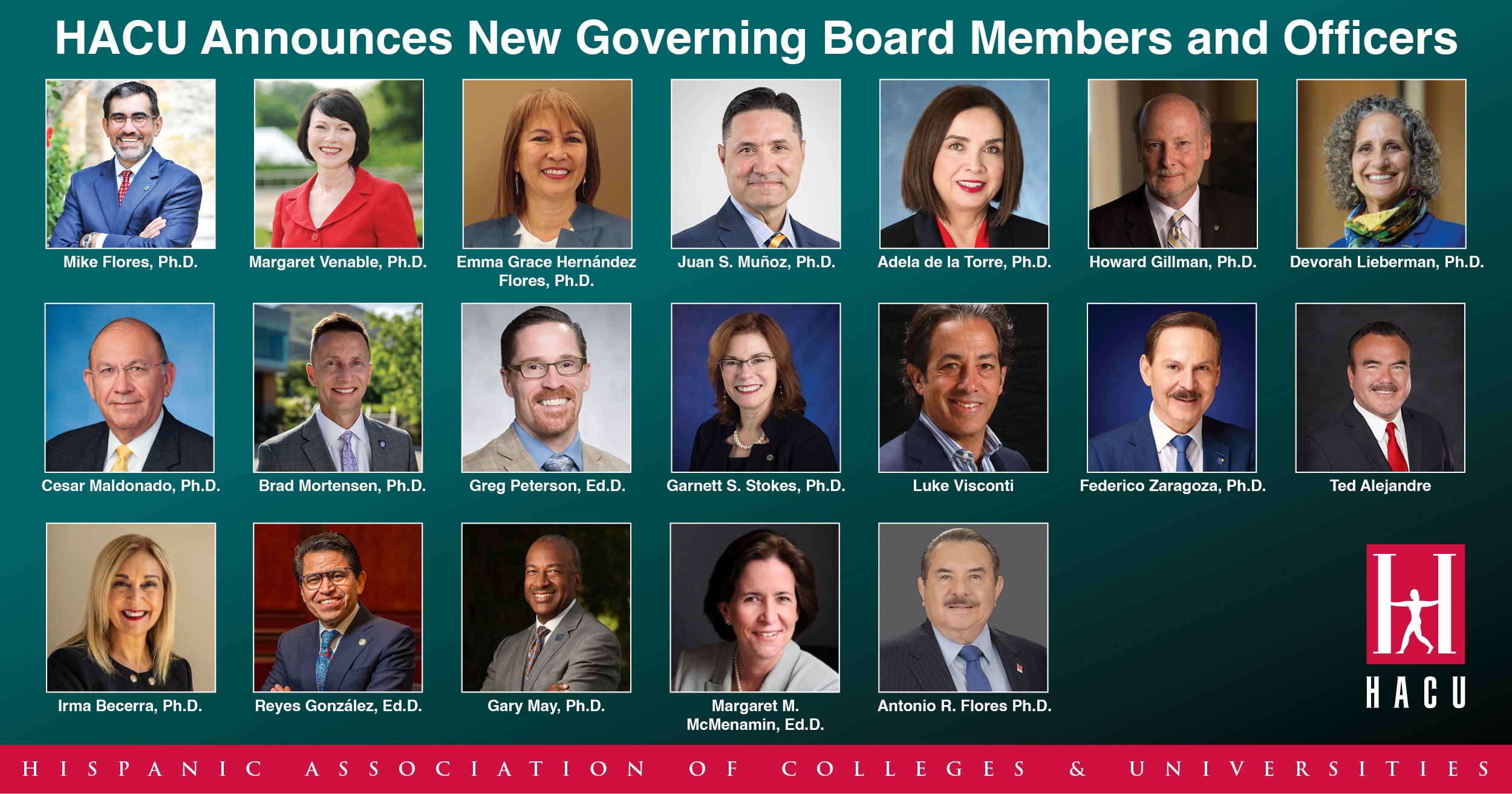 About HACU
The Hispanic Association of Colleges and Universities, founded in 1986, represents more than 500 colleges and universities in the United States, Latin America, Spain and school districts throughout the U.S. HACU is the only national association representing existing and emerging Hispanic-Serving Institutions (HSIs). The Association’s headquarters in San Antonio, Texas, with regional offices in Washington, D.C and Sacramento, California.